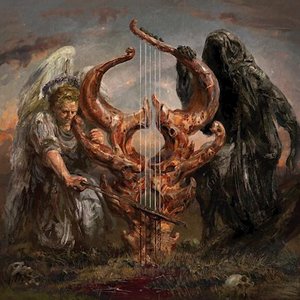 Always championing a sound on the metalcore spectrum that embraced strong vocal melodies in addition to some more aggressively heavy riffing, Demon Hunter have always had a few ‘softer’ tracks on their albums. The band’s last material, double release War and Peace, saw them take those two contrasting elements and give them an augmented sound in both directions. Songs of Death and Resurrection isn’t a new release so much as a gentle reimagining of some choice cuts from the band over the years with acoustic guitar, piano, and strings at the forefront.

To begin with, the song selection should be addressed as this is a compilation of sorts. This does grab songs that were already on the more melodic side of Demon Hunter’s sound, and as such are the most suitable for a quieter re-imagining. Given that the gloomy gothic side of the band is probably their strongest suit, this release allows them to really push that aspect to its maximum (much like Peace did two years ago). This is a more reflective and pensive release, really bringing Ryan Clark’s vocals to the forefront and while some may prefer the electric versions they have done an excellent job of breathing some new life into these songs. There are a number of these that are actually stronger in this form, such as “I Am a Stone” and “Heart of a Graveyard,” which feel more natural and surprisingly upbeat, and “Heartstrings,” which pushes its emotive qualities to new heights with the rousing string arrangements that swirl around Clark’s vocals. “Loneliness” was a gloriously downtrodden sounding track when released, but wow, this further slowed down version really tugs at the heart with its enhanced bleakness. Lastly, “I Will Fail You” in its stripped down form channels and almost Katatonia-esque vibe in its expression of gloom and sorrow. The only new track, “Praise the Void,” blends into the album with no fuss – a strong feat considering the tracks surrounding it, and feels like a gothic ballad at its finest.

Beautiful sounding and mostly melancholic in tone, Demon Hunter deftly reimagine some of their most melodic tracks into real showstoppers with Songs of Death and Resurrection. Passionately reworked to wear their hearts on their sleeves, what they have lost in metallic heaviness they make up for in emotional weight. 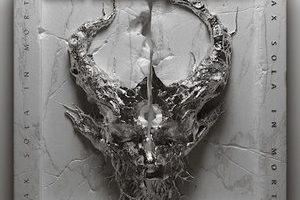 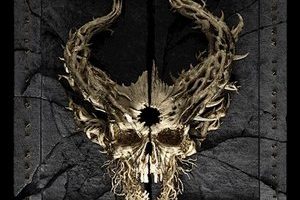 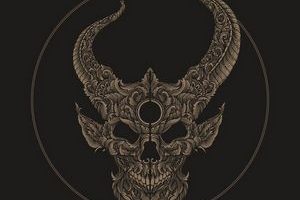