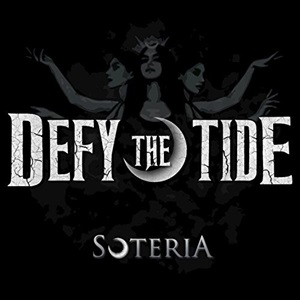 Enjoying the growth of an independent metal artist on the rise, it’s invigorating to know that talent lurks beyond label product thrust forth from every corner of the globe these days. With members from PA and OH, Defy the Tide return with their third EP Soteria, hot on the heels of the In the Shadows I Shine release from last spring that receives decent airing subsequent review-mode. The five-piece find comfort in a melodic heavy, slightly progressive metal style, occasionally bringing modern aspects to the sound in terms of certain transitions or drumming/riff extensions that provides a diverse approach.

These four songs exemplify the maturity and seasoning that can happen as musicians gain experience on the live front and take advantage of individual skills to make the final product that much stronger. Clean higher guitar melodies wrap around thicker rhythms for a crushing main riff in “Catalyst” that reverberates throughout the arrangement, taking a more melodic death tact into the power realms like the good old days of early In Flames. Jesse Scott and Matt Friede as guitarists know when to team together and when to build their parts in anticipation as a song unfolds – check out the slower, creepier atmosphere for “Primrose Path” which gives way to more extreme trilling and tempo switch-ups as well as piano underpinnings. Closer “A Spectre in Silence” contains a circular nature to the music, the rhythm section opening things up in a more progressive way during the verses while the arrangement has an older, late 80’s traditional feel a la Savatage.

The biggest asset to Defy the Tide gaining momentum lies in the golden pipes of Carly Simon-Warneke. Able to belt out higher melodies with the best in the rock and metal realms, her multi-octave abilities grab your ears immediately, from the emotional resonance that appears in opener “Traced in Flames” all the way through the final low note she holds out on “A Spectre in Silence”. Pat Benatar could be the simplest rock comparison, but there are also tinges of Bruce Dickinson, Ronnie James Dio, and Matt Barlow in terms of phrasing and ease of jumping octaves from one measure to the next. Hopefully Soteria takes Defy the Tide to wider appeal, as they seem prime for bigger stages based on the songwriting and execution present on this EP. Ideally, a full-length will be next in the cards. 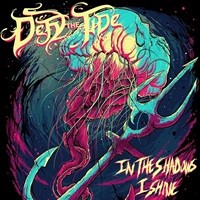