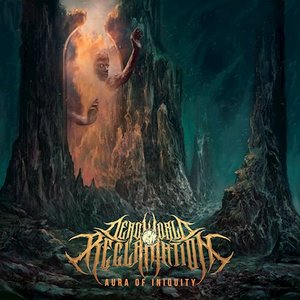 Sometimes, it only takes a great melody to get your full attention. Even better when said melody is what starts the album off. Dead World Reclamation all but takes off flying with energy with the beginning of “Ripped from the Grave,” instantly catching your ear with their frantic approach to melodic death metal. One that sits more comfortably with more technical bands such as Alterbeast or Inferi.

Taking from the Black Dahlia Murder template and pumping it up with even more furious melodies and technical playing (just like the bands mentioned above), Dead World Reclamation aren’t doing anything outside of the usual playbook for this style. But what they do to make it worth your time is to plant some absolutely wicked melodies in each track – the type that will instantly hook you and keep you interested from beginning to end. There’s a nice blend of technical chops that are incorporated into these moments that also don’t go too far into tech-worship, instead serving to act as more of a spice to make the melodies pop a bit more. Some light synths are also present, but again as a dressing more than the main piece that you are sinking into. “Heralds of the Formless One” is another track that quickly grabs your ear with an ominous and epic sounding melody/solo and then the track takes off into more visceral landscapes. Given the band comparisons, you can absolutely expect some high speeds to move across the tracks, but the combination of melodies and effective slowdowns (such as in “Heralds”) ensure that it’s not just a pure adrenaline rush.

Looking for dazzling melodies in your high-speed melodic death metal? Dead World Reclamation has you covered with Aura of Iniquity. Just the right combination of showy musicianship and hook-driven riffage, they put a nice and effective spin on the formula that makes it worth check out and reveling in.