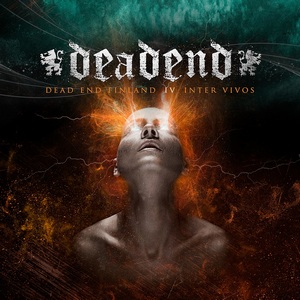 A band that has been floating through the melodic death metal annals for the past decade, the unfortunate part is that the band has never really been able to find their own ground to stand on. With their previous efforts, it felt more akin to hearing a bit less energetic version of the top guns in the modern metal genre. Inter Vivos does feel like their strongest effort so far to that end, but the band still finds themselves in the shadows of others at times.

The biggest positive to Inter Vivos, especially when compared to the band’s previous efforts, is that the songs have a bit more personality to them. The band has always had an ear for catchiness (a must in this genre) but sometimes they felt a bit more second rate. This time, some songs like “Born Hollow” turn this around. It’s got a big, melodic chorus that doesn’t try too hard to sugarcoat poppy melodies and some thrashy heaviness to counter with some big riffs and still interwoven synth-play. “War Forevermore” also has some more fun elements to it, including a catchy chorus and rolling grooves. Opener “Deathbed” sits on the stronger side too, with an effective combination of more modern elements (clean vocals/synths) bouncing off of some significantly heavier and energetic riffing. Unfortunately, some tracks simply fall flat. Moody melodic number “Dark Horizon” seems to drag through its 5.5-minute runtime, taking way too long to get off the ground (couple this with the more or less unnecessary minute and a half piano piece, “Dead Calm,” that follows it). “Lifelong Tragedy” also never seems to really grip the listener, despite a chorus that should seem righteously epic. Instead it feels like it plods along with little emotional investment.

Inter Vivos feels like a back and forth between enjoyable tracks and ‘meh’ offerings. While it leans in favor of the former instead of the latter, there’s still some room for growth and development. A full release of strong tracks is what will be necessary to get Dead End Finland out of the melodic death metal background. 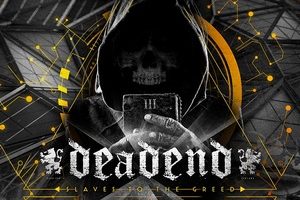