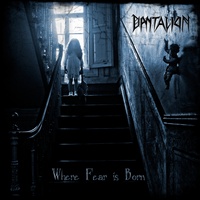 Noticeable resemblance to Annihilator’s Alice in Hell cover out of the way, Spain’s Dantalion don’t have much to do with Jeff Waters and gang, being that they’re a melancholic death/doom band and all. Where Fear is Born is the band’s fifth album, which means they’ve been stuck in obscurity-ville since their 2004 formation. However, their handle on the vaunted sorrow-filled doom sound has its sway, especially if we want to line them up against the first band that comes to mind, their fellow countrymen Majestic Downfall, and for a long shot, Cemetery and Moonspell.

The vocals of Diego are the band’s obvious shortcoming. He can handle the standard death grunt with little issue (at this juncture in metal, there’s no excuse), but his clean vocals leave a bit to be desired. Moaning and un-emotive, Mr. Diego probably would have been better served to leave this style at home. Outside of that, Dantalion’s has little trouble navigating through the confines of melody-layering, which emboldens a handful of these jams such as “Raven’s Dawn” and the excellent closing number, “Black Blood, Red Sky.” And considering how much the band is bound to the sub-theatrics of mid-90s doom, then there’s some value in additional album tracks like “The Tree of the Shadows” and “Nightmare.”

Compounded by the fact that the production found on Where Fear is Born is also right out of the 90s, then one could consider Dantalion a veritable throwback to doom times of yore. Beyond that, though, this is mostly mid-level stuff, hardly out of the ordinary and not quite up to par with the style’s thoroughbred acts. Five albums into their career, and it looks like Dantalion still have a few items to sort out. 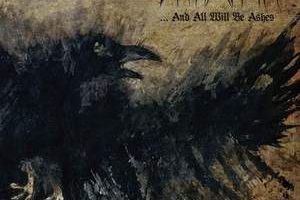 Dantalion – …And All Will Be Ashes (Sleaszy Rider Records)