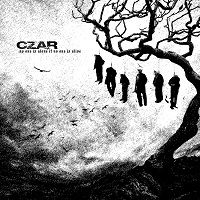 Holy balls, this is a fun listen. Going in I admittedly expected something much more dire with the severe album cover (which is awesome), but no, instead what I am (and you, should you indulge it) is an unorthodox take on progressive that almost seems to have its roots in alt-rock at times. Czar has crafted a super-tight and crazily-focused release with No One Is Alone If No One Is Alive, a 43-minute steam roller of progressive metal meets melody from everywhere, thrown about with a lot of humor and embellished with fantastic songwriting.

Opening salvos “Whorchard” and “Aortic Flower” set the stage and lovingly illustrate all the many components that make up this album: crushing guitar tones, gurgly vocals, blast beats and rhythm changes galore. All of this mind you, threaded with melodies central to each song, and each moving from point to point, rather than the usual prog-indulgences of ongoing soloing. What can only be a song about farts with “Fuming Rotter” is chief among these a chest-beating exercise of attitude and swagger, atmosphere and intensity- switching from riffy-choruses to very doomy choruses, all lorded over by a filthy and fantastically thick bass sound.

This, in the end, is progressive in a much different way than say…Ihsahn. While very tightly constructed and composed, everything on No One Is Alone If No One Is Alive is very much song-driven and moves with almost exclusively that purpose. The unique cover of The Beetles’ “She’s So Heavy” is almost unrecognizable if one doesn’t know the lyrics, and it’s all the better for it (and the original’s eight minutes is kept to a fleeting three here).  There’s no real way to describe this album without falling into endless streams of hyperbole and flattery so I’ll keep it to this: find this album and make it yours. What’s likely to be one of the most under-the-radar releases of 2013  is here and it’s a fuckin’ monster from start to finish, an amazing piece of work. 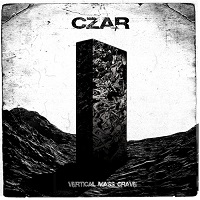