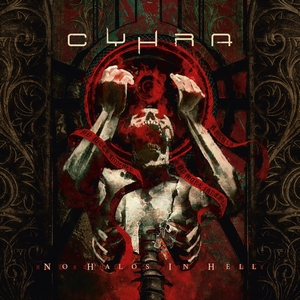 Hitting the ground running with their excellent debut Letters to Myself (this scribe’s album of the year for 2017), the band has returned with their sophomore release with new label Nuclear Blast backing them. Sometimes bands can suffer from the sophomore slump, but CyHra shows remarkable consistency, and continues to prove why they are one of modern metal’s strongest acts.

For those who may have missed out last time around, CyHra is the brainchild of ex-Amaranthe vocalist Jake E and ex-In Flames guitarist Jesper Strömblad, and filled out this time by Alex Landenburg (Kamelot) on drums and second guitarist Euge Valovirta (ex-Shining). Given the high quality that these musicians are known for, there’s no surprise that they’ve gone back an analyzed what worked best on their debut and tweaked things for the better. What does this mean? It’s bit more guitar-forward, with only one ballad track to be found. There’s a higher energy quotient to be found across the album, even if the band does stick to their strong point of more emotive and personal lyrics (“Battle from Within” being a favorite at the moment). The drive that can be found on songs like “Dreams Gone Wrong” and “Kings Tonight” is almost impossible to ignore, between the guitar duo of Valovirta/Strömblad hitting hook after hook and Jake E’s instantly identifiable and enigmatic vocals. The electronics do persist with album two, but the blend with the guitar melodies is second to none, elevating the experience without taking away too much spotlight, as opener “Out of My Life” quickly establishes, and “I Am the One” solidifies.

Each track is deserving of having some attention show towards it, and the band does a great job of switching things up as they go, while keeping the melodies booming and the atmosphere full of energy. But to mention two that stand out, let’s dive into “Lost in Time” and “Blood Brothers.” “Lost in Time” is the album’s sole ballad, and best exemplifies Jake E’s vocal range. Some poignant lyrics and a grounded approach keep the track feeling genuine, even if much of the band gets a reprieve here. On the other hand, “Blood Brothers” utilizes a grin-inducing acoustic intro before soaring off into melodic heavy metal wonder. Pulsating riffs and uplifting melodies are sure to be the focal point, even as the song builds to a fist-raiser of a chorus.

Equally as strong as their debut, even as it moves into a slightly different direction, No Halos in Hell is simply a delight to listen to. It can be hyper-catchy and make you want to sing-a-long with it without resorting to being saccharine, instead delivering a message that many will quickly identify with on an emotional level. You can’t get much better than CyHra if you enjoy modern metal. 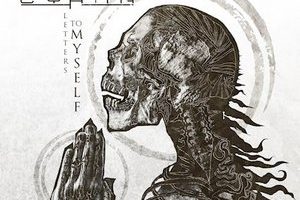