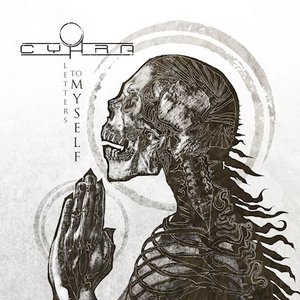 Sometimes bands with established members coming together from well-known metal acts have a difficult time meeting the high expectations that listeners put on them. There’s so much anticipation for the potential of what could happen that it gets in the way of what is actually there. Consider the amount of hype that a band containing Jake E (ex-Amaranthe), two ex-members of In Flames (Jesper Strömblad and Peter Iwers), and Alex Landenburg (Luca Torilli’s Rhapsody) faces. But the band rises above by focusing on something that plays to their collective strengths while adding some fresh twists.

What Letters to Myself does best is to make sure that the influences are unmistakable, but takes them into a direction that is all their own. Jake E’s soaring melodic vocals, a major player in the Amaranthe formula, are a driving force behind each song – be it a gentle ballad like “Inside a Lullaby” or an uptempo banger like “Dark Clarity.” Strömblad’s riffing and melodies are sure to enthrall those yearning for turn of the century In Flames energy with “Karma” and “Here to Save You.” But it’s never done in an entirely straight-forward and predictable way. Instead, it takes the modern metal trimmings and members’ influences into a rich and diverse offering that feels utterly addictive. A variety of tempos and emotions are utilized, and the key that holds everything together (unsurprisingly) is melody. Fast, slow, mid-tempo…CyHra can pen some absolutely gorgeous and memorable stuff. “Closure” is one of the strongest ballads in recent memory, with Jake E’s work in the chorus being some simply masterful stuff. The bouncy “Rescue Ride” combines some catchy synth work with equally compelling riffs, “Dead to Me” uses some playful acoustic guitars, “Muted Life” will not leave your head for days due to its anthemic chorus, while the heavier title track rolls out some tasty grooves. One could easily wax on about each track with something that gives it an edge. Which works out in the end to generate an album that’s even stronger than the individual tracks.

Be it excellent melodic vocals, catchy melodies, or a solid rhythm section, there’s plenty of excitement to be found with CyHra’s debut. Something that will draw in longtime fans and newcomers with the talent involved, and gives them something fresh to enjoy. But perhaps the best compliment that can be given to Letters to Myself is that even after dozens of listens, it still has that same energy and passion as the first time through. This is mandatory listening for melodic metal fans. 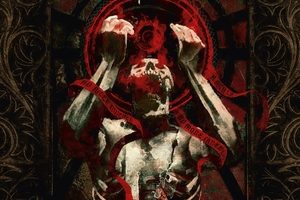