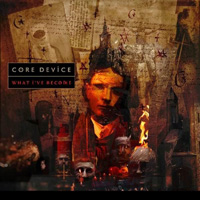 A New Jersey power/progressive metal band who seemed to have slipped off the radar following their 2004 Our Fellowship Eternal debut album, produced by Symphony X guitarist Michael Romeo. Touring the world and taking their time to fine tune the follow up, What I’ve Become contains 14 tracks (three of which are intros or interludes lasting 1:29 or less) of guitar-driven power metal, in a similar vein as Barlow-led Iced Earth, Crescent Shield or early Nevermore for reference sake.

They don’t hesitate to throw down their instrumental chops on the opening salvo “Spiritual,” with drummer Jason Chonko especially navigating some tricky triplet snare-to-cymbal action during the bridge section of the arrangement. The follow up “King pf Broken Hopes” takes on a more straightforward Nevermore-ish mid-tempo approach with vocalist/keyboardist Daniel Dunphy commanding the microphone with the seasoning of a metal veteran, employing a multi-octave range that even includes lower discernible death roars on “I’m Not Sleeping.” Many will enjoy the cat and mouse rhythm chase that takes place during “Confront the Serpent” and I also loved the quieter build-ups through the closing 7-minute title track – another epic cut that rolls the best of classic traditional landscapes with that European flair for the dramatic.

What I’ve Become feels a touch too long for my personal tastes – I struggled with taking this in all in one sitting, which isn’t the norm when it comes to power or progressive metal for me. I realize the long layoff probably necessitates the desire to pack this album with as much material as possible, so this is a minor qualm in an otherwise decent effort. Given Nevermore’s implosion following the cancellation of their US tour with Symphony X, Core Device could grab some of that audience with the right exposure.