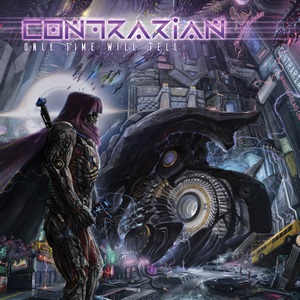 Contrarian have been moving forward with their particular brand of progressive/technical death metal for three previous albums at this point. A quick return after last year’s Their Worm Never Dies, Only Time Will Tell marks a return to a more sci-fi cover art (like debut Polemic). Only Time Will Tell doesn’t switch up the formula for the band by much, but it’s consistently enjoyable for those keen to the sound.

As with the band’s previous releases, expect an older approach to progressive death metal. There’s no ridiculous speed bursts with five billion notes coldly attacking you. Instead, the tried-and-true vibes of Death and Cynic come through, tastefully peppering your ears with some intricate riffs and progressive flourishes with a sci-fi feel that does seem to reflect what you see on the cover. There’s some space-y vibes, particularly when the band slows down a bit, like the bruising but calculated closer “Your Days are Numbered.” That’s not to say there isn’t any chaos to be had, and “The Mega Metropolis” takes a speedier approach with galloping tempos, but it’s never an overwhelming sound that becomes disjointed or overreaches into pandemonium. Instead, this is a release to simply relish in the fine guitarplay and melodies that come out of the woodwork. You can honestly pick a track and find some melodies to catch your ear within moments. To call out a few, the slower groovy opening of “The Final Hour” helps ease you in before some faster stuff jumps out, and the more laid-back vibes of instrumental “Beat the Clock” offer some fine restraint to let your mind settle a bit.

While it’s not really reaching further, you’d be hard-pressed to find anything to complain about with Contrarian’s latest. Only Time Will Tell does the progressive side of death metal respectfully and tastefully, intriguing your mind with some complex yet digestible melodies in their more timeless formula. 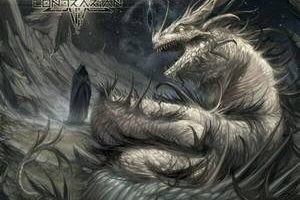 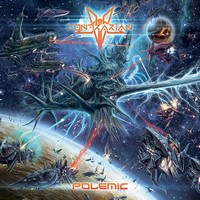