Coldawn – …In the Dawn (Flowing Downward) 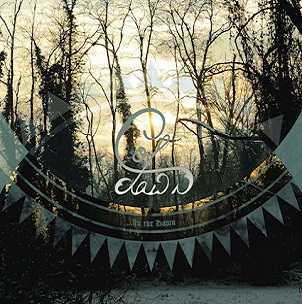 International blackgaze gets a go by way of Coldawn’s …In the Dawn debut. Spawned from the band Beyond the Dawn, who are not to be confused with Before the Dawn, Coldawn (which should be re-worded as “Colddawn,” but who cares about double d’s, right?), features musicians from Australia and Venezuela, the most notable being the always ubiquitous (and reliable) Tim Yatras, he of Germ, Autumn’s Dawn, Grey Waters and a million other projects. …In the Dawn is a firm, direct slice right through the thick of whatever blackgaze is today, which, if we’re keeping score, is light and feathery black metal.

Blanketed by the necessary amount of keyboards and graceful chord strolls, Coldawn has virtually no menacing black metal moments, something An Autumn for Crippled Children (still the best band of this style) tends to embrace even now and then. Instead, these songs saunter along, sounding less like actual songs and more like scenic avenues for the rampant mutation of black metal. At times, things a get a little too sinewy on “Spectral Horizon” and “The Essence,” but the flanks of melancholy and dashes of melodic guitar riffing that pop up on “Only Moments” and “My Destiny,” the latter a herald of utter dreariness and post-rock clean vocals from Yatras.

In spite of blackgaze never quite its full breakout moment (who are we to blame? Ghost Bath?), there’s still a tremendous amount of reverence for the style, something Coldawn should be able to bask in. Really, no fooling around with …In the Dawn; it’s not going to sway the non-converts, but to the congregation, it’s sweet, sweet blackgaze bliss.