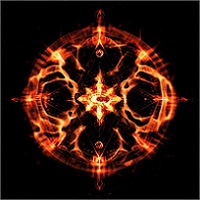 Always behind these guys, not just because they’re from Cleveland, but because they’ve always been the heaviest of the modern American metalbands

. Granted, being the heaviest doesn’t always translate into being the best, although one could make the argument that Chimaira are more relevant these days than their contemporaries. On the The Age of Hell (the band’s sixth studio album), Chimaira prove that they’re still ones to be reckoned with.

Nevermind the fact the band lost half its lineup (the departure of drummer Andols Herrick probably hurts the most), Chimaira looks like it has opened up its sound even more, as evidenced by the groove-jockeying movements heard on “Time Is Running Out” and streamlined melodies heard during the closing instrumental “Samsara.” Whereas on previous Chimaira albums the onus was solely on digging in with gritty triplet runs, the balance demonstrated here is perhaps a sign of where the band could really go if they wanted.

There’s still an adherence to the band’s core sound, with first single “Year of the Snake” leading the charge with a jolting rhythm that reeks of prime Meshuggah, while the all-out thrash of “Born In Blood” and the title track are sure to raise some hell (or something like that) in the live environment. Also worth mentioning is the vocals of Mark Hunter, who might be the best thing about this record thanks to his hummable clean vocals and tenacious (and discernable) roar, as heard on “Clockwork,” which is probably the best song

“Sophistication” is not a word we use when describing the American metal scene, yet Chimaira’s polished, well-executed, and sophisticated brand of modern metal is quite difficult to turn away. On The Age of Hell, there’s plenty to go around and little to squabble about. Hats off to these guys for not knowing when to quit. The scene needs more bands like Chimaira.