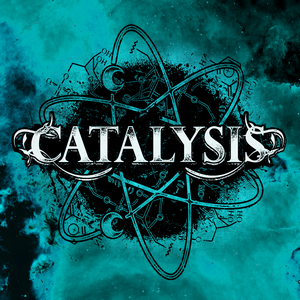 Scotland’s Catalysis are a fairly new metal name on the map, with only a previous EP, Into the Unknown, to their credit. This self-titled effort is their second EP, and the name of the game with Catalysis is most definitely groove. While the band does attempt to bring in a number of different influences, they do bow down in the presence of the almighty groove.

A few seconds of listening to Catalysis will bring the listener to thoughts of Machine Head and Chimaira with little to no effort. There’s some thrashy elements (and some deathly ones) but the longer the EP rolls on, the more hardcore influences come into play. That straight-ahead aggression gives them some added intensity, and they switch from the grooves to these attacks with plenty of energy. There’s also a more melodic side to the band, and that’s where some problems sit. The sung vocals just don’t have the same potency as the barked/shouted ones, or even the spoken word-ish ones. The closer, “Fallen,” suffers the most because of this. The band is rolling along with catchy grooves and aggression (there’s even a quality solo later in the track), but dip into clean vocals that lack the same energy and bring the band into more clichéd territory. Given the diverse make up with thrash, modern grooves, hardcore, and death metal, it just seems this melodic bend goes a bit too far at the moment.

A case of potentially trying to fit too much in, Catalysis still make a good case for themselves on this second EP. The heavier side of the band is quite enjoyable and vicious – everything has a solid foundation. Hopefully the melodic side can step up to the same level next time.