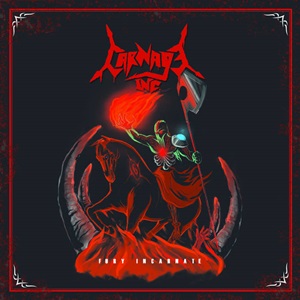 Traction in the India metal marketplace hasn’t gone unnoticed – especially if you’ve had the chance to check out Sam Dunn’s Global Metal documentary work and Iron Maiden Flight 666 world tour DVD’s. The international landscape improving for more tour/festival action, which in turn spurs on younger musicians to pick up instruments, form bands, and put their stamp on the scene. Fury Incarnate presents the four-piece Carnage Inc. out of Mumbai, a band who may have a thrash foundation to these five songs, but aren’t afraid to incorporate a number of traditional, crossover, and semi-modern aspects to separate themselves from the throwback pack.

Energy abounds through the riff choices and solid bass/drum parts, giving your body and brain plenty to bounce around and process. The title cut for instance shifts from a more crossover-oriented Suicidal Tendencies vocal barrage over crunchy/groovy thrash riffs before getting a little Lamb Of God oriented and then closing in overdrive with some blast beat/ high octane lead break action. Rhythm guitarist Varun Panchal has a clear, barking nature to his delivery, riding a lot of familiarity to those who love Phil Rind of Sacred Reich when checking out the twisting “Day of Delirium” which contains some native guitar melody passages during the instrumental sections. People familiar with the Tylenol/cyanide scandal of the 1980’s will know the sound clips that open “Defiled”, a heads down speed number that contains a lot of Bay Area charm a la Slayer/Metallica if thrown into a Sodom-oriented mixer, while Navin Mudaliyar’s lead abilities showcase more Maiden-ish melodic, echoing phrases.

In your face production values keep all instruments and vocals aurally clear while conveying the adrenaline-fueled arrangements and drop on a dime tempo changes that make for the most endurable songs in this genre. The red-themed cover also resonates, as Fury Incarnate in a scant 22 minutes should put Carnage Inc. on alert with most thrash followers, especially those who enjoy a versatile attack on all fronts. 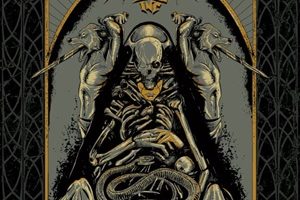