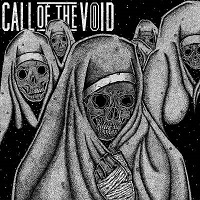 Being abrasive has become the norm, and it’s starting to blur so many lines that it’s like, “Hey, sludgy/death/crust/punk band #214 has a new album…and it’s abrasive.” That’s sometimes as far as you can go with this stuff; it’s not like you’re splitting hairs or anything. The amps are cranked, remedial power chords are in tow, and angry dude is out front, spitting about social injustice or other various inequalities. It’s part-and-parcel with the underground circa 2013, and probably won’t go away, which is why a band like Call of the Void has a place.

Formerly known as Ironhorse, Call of the Void and their Dragged Down a Dead End Path encapsulate fury in a lean 25 minutes. There’s no reason not to duck and cover when the furious “Bottom Feeder” comes calling, especially when singer Steve Vanica gets down at the song’s tail-end, screaming “bottom feeder” until his throat explodes. Take a lozenge, my friend. It’s the grindcore aspect of Call of the Void that gains the most traction, though, like on opener “Failure” and “Abomination.” It’s Napalm-angled grind, albeit with that punk edge that has long left Barney and crew.

As much as Dragged Down a Dead End Path threatens to be another album padding the obese, fatty belly of modern crust/grind, there’s some merit, and it’s pointed directly at the well-placed fury…and abrasiveness. Plus, “I Hope You Two Fuck” is a song title for the ages. How many times has someone said that to you and the opposite sex in close proximity? Hopefully never. That would be creepy to the max. 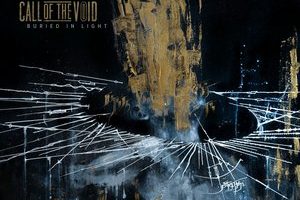