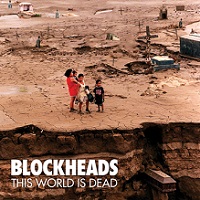 An unspoken rule in the land of promotional pictures is to never wear a band’s shirt that could tip off the listener as to how you sound. There has to be something left to the imagination, right? However, metal bands sometimes don’t get the memo, whether it’s the thrash bands wearing thrash shirts, or the death metal bands trying to give props to their “bro’s” visually…someone usually has some type of band shirt on, and it’s a dead sonic giveaway. So, with Napalm Death and Nazum shirts in tow, comes France’s Blockheads, who sound pretty much like the aforementioned grind pair.

Mysteriously, the band has been kicking around for over two decades, never quite making a dent on these shores. One could easily identify with their in-and-out grind action, though, for the Frenchmen make mincemeat out This World is Dead’s running order. Typical grind action is laid out all over the table, coming in from high-flying angles on the blazing “Born Among Bastards,” the even quicker “Bastards” (don’t the English prefer the word “bastard?”), and speedy “Doctrine of Mutually Assured Destruction.”

As much of a Napalm Death/Nazum combo This World is Dead happens to be, there’s a proliferation of raging, all-attitude songs that properly pay homage to the band’s these fine lads like to support in their band photos. The best thing about a band t-shirt? It’s a walking billboard. 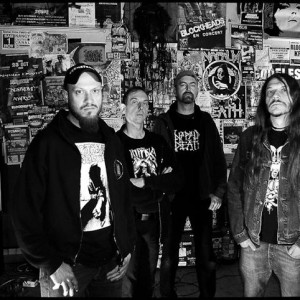