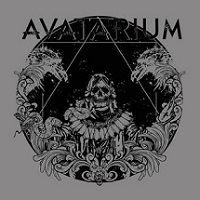 With Candlemass now officially retired from the studio and simply a live act (who wants to bet we’ll see a new album from them in light of this?), founding member/bassist/primary songwriter Leif Edling has spawned Avatarium, yet another vehicle for the Swede to display his holy doom and sublime gloom. Edling’s familiar songwriting stamp is all over this thing; you can feel the lead-weighted pull of his Scanda-Sabbath riffs from virtually anywhere, but with Avatarium, there is no monk-robed warbler to handle vocals. Instead, they’re handled by female vocalist Jennie Ann-Smith.

Of course, the instant question pops: Why just call this Candlemass? It’s a logical one as those aforementioned riffs start to gain traction (opener “Moonhorse” is a prime example of this), yet peppered between are bouts of lush, classical guitar bits, no doubt embedded to give Smith the necessary operating room to cast her soft vows. She’s pretty engaging throughout; more of a complimentary piece than the focal point, although her work on the excellent “Boneflower” and closing “Lady in the Lam” suggests Edling has plenty of confidence in her to carry the load when required.

A different feel does emerge through the stretched-out passages of these cuts, the shortest being 5:25, so it’s not in-and-out doom ala Nightfall. These songs do go down pretty easy, like most of Edling’s previous compositions, some of which we would even rank as being superior to that of the last two Candlemass albums, specifically “Moonhorse” and “Boneflower.” So in all, Edling has turned the tide again, flaunting his stellar songwriting skills in the only way he knows how, which is through simplistic, but ageless doom, regardless of who is holding down the mic.