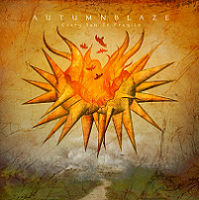 The so-called inventors of “trip rock” (whatever that is), Germany’s Autumnblaze are this decade’s version of when Paradise Lost, Tiamat, and The Gathering each decided to give up being solely metal bands in lieu of mood rock avenues. The 15+ years that have passed since the aforementioned trio abandoned their metallic roots have brought upon vast change to the atmospheric metal spectrum, so the way in which Every Sun is Fragile manages to caress, hold close, and be tender shouldn’t throw anyone for a loop. This is just the ticket for melodramatic metal of the European variety.

The band’s melodic gaze doesn’t run as deep as it should, so it heightens moments like opening instrumental “Opening,” which boasts an Anathema-like build-up that should take off into greater passages. It doesn’t work out that way, yet the restrained brood of “New Ghosts in Town” manages to click, as does “Invisible Fields,” a song that glistens with partial saccharine and swoons (totally fine with that, actually).

The vocals of Eldron have a thick, European accent to them (see: “Im Spiegel”), so the chorus moments have to be taken in stride. There’s a reward at the end of the tunnel, though, like the hummable title track, or the melancholic “How I Learned to Burn My Teardrops,” which in spite of its quasi-ridiculous title, is one of the album’s more moving cuts.

Hard to peg Every Sun is Fragile as all-out Goth, for the European melodrama and use of uplifting melodies basically take that out of the equation. Still, there’s plenty to lap up here; a dependable album sure to hang with the devotees of Draconian Times, Wildhoney, Nighttime Birds, three albums that no doubt can be seen as part-and-parcel with where Autumnblaze is headed. 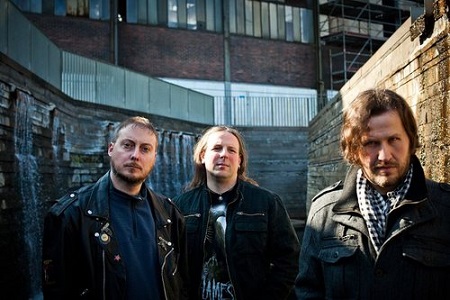