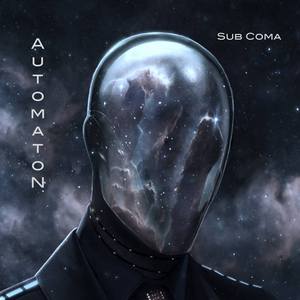 Those familiar with the underground cyber metal champion Nate Exx Gradowski (Isolated Antagonist, Demise and Domination) recognize his unique ability to harness the bleak atmosphere of Fear Factory’s Soul of a New Machine without sounding stale or like a mere ripoff. Running parallel to Isolated Antagonist in that sense, AutomatoN has stayed a one-man act of Gradowski and Sub Coma is the fourth album released from the solo effort.

While it does seem unfair to continue to lob the Soul of a New Machine comparisons, they are unquestionably there in the material. From the electronically-enhanced clean vocals to the machine-gun riffing, if you like old school Fear Factory, it’s a no-brainer that you will enjoy this. But it is also not a FF clone. AutomatoN really dives into the atmospheric vibes and industrial effects and doubles down on them. In return, Sub Coma has moments that sound rather stark and haunting. It truly grasps the cyber metal feel and embraces it with open arms. The electronic side of the music never overpowers the rest, but does seem like a true symbiosis. Cuts like “Bionic Rain” have an ethereal edge that lifts up the crunchy industrial riffing (which has a pleasant, almost drone quality at times) , providing the needed sci-fi vibes while still generating a floaty, melodic feel at just the right time. Speaking of sci-fi, the fitting lyrics bring to conclusion a story arc that has been built upon by previous releases and details a ‘what if’ scenario of robots and humans living together, and serve as a solid backbone for the music.

If you have yet to check out AutomatoN (or Isolated Antagonist), Sub Coma provides plenty of inspiration for you to do so. While it can feel a little familiar at times, Gradowski has this style of music completely nailed. While it works as a fitting conclusion to a mult-album concept, those newly introduced to it will find it just as compelling.