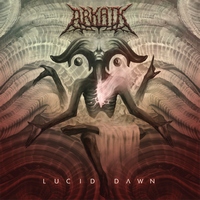 Blue-collar tech death? Seems weird to say, but Arkaik have been laying down their no-frills, meat & potatoes version of technical death metal for three albums prior to Lucid Dawn without nearly as much recognition as some of the “big guns.” They’ve been out and about on the road and won fans over through the live setting, so it seems that Lucid Dawn is their best shot to get them out and thrust up to the next level. They are definitely a band that deserve some recognition.

Arkaik don’t use any fancy bells & whistles to convince you of their prowess. This is simply a tour-de-force of technically-inclined death metal riffing that goes hand in hand with some pummeling groove and sharp melodies. It all comes together with super-tight songwriting and a keen ear for riff placement. If the groove of “Digital Shroud” doesn’t get you moving, you probably should check your pulse. Striking melodies despite the relentless aggression does seem to be Arkaik’s forte, with “Conjuring” and “Awaken The I” also delivering effective assaults while retaining a strong sense of memorability. The technical aspects don’t suffer because of this either, with intricate moments like the catchy opening to “Fusion of Epochs” and brutal leads of “Temple Aflame” showing just how far Arkaik can push the boundaries while still keeping things coherent. The whole affair is rounded out by a fantastic production that gives the album its fair share of bite, while keeping the crystal clarity needed for an album like this to shine.

Firmly entrenched in the technical death metal sound, Arkaik show just how appealing the genre can be when approached from the right angles. There’s no gimmicks, no over-the-top guitar wankery, just crushing death metal with enough intricacy to blow your mind yet allow you to whistle that riff that got stuck in your head for the rest of your day. A solid combination if there was one. 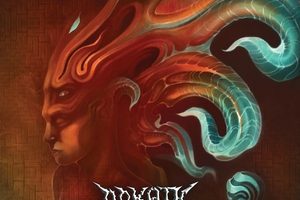