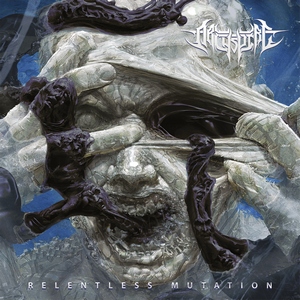 When it comes to tech-death, one band that’s normally right at the top of people’s lists is that of Archspire. Maybe it was the successful ‘stay tech’ campaign, but more likely it’s the band’s ability to play at absurd speeds and still craft something that stays somehow memorable. 2014’s The Lucid Collective, the band’s previous highwater mark, pushed the speed bar about as far as one could see it going, so logically Relentless Mutation sees some shifting within the Archspire framework.

In returning to the opening sentence, Archspire is one of the rare tech-death bands that you can instantly recognize. Somewhat due to the high-level of frenetic energy, somewhat due to Spencer Prewett’s impressive display behind the drumkit, and somewhat due to vocalist Oli Peters’ occasionally jaw-dropping vocal delivery where he packs a crazy number of syllables into the smallest timeframe available. In any case, if one has heard Archspire before, you have a good inclination as to their capabilities. All parts of the band’s sound are completely intact with Relentless Mutation, and are at their expected top-form. But in understanding the fruitless nature of trying to retread The Lucid Collective, Archspire tries something new this time – control. Still fully capable of pulling off relentless (pun intended) displays of balls-to-the-wall tech, there’s a bit more maturity in songwriting from the band. The title track begins with some somber yet eerie melodies that slowly build into the usual spiraling insanity of riffing and blastbeats you’d expect. “Human Murmuration” serves up some massive grooves and playful bass while delivering top-shelf intricacy, without relying on the gas pedal too heavily. Only two examples, but it’s a sampling of what you can expect in terms of how they’ve added to their repertoire.

Also grasping the concept that no one wants a 70+ minute tech-death opus, Relentless Mutation is a sleek half-hour offering. Enough tech to satisfy the hungry, without bloating afterwards. Instead, it’s a rare case of tech where you can be completely rattled by the intensity, but have no hesitations about a repeat listen. That alone should speak volumes for what Archspire have done here. 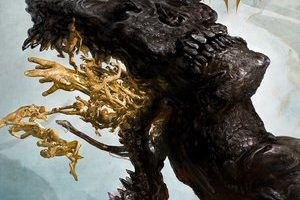