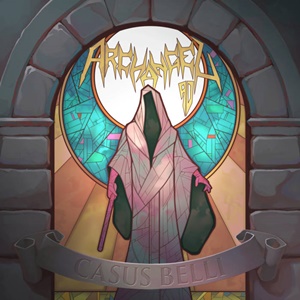 No one can deny the Kill ‘Em All-period Metallica influence when it comes to specific heads down riffing, relentless snare hits, and the fluid bass prominence that take place in key sections of cuts like “Bet on Death” and “Beacons” – bassist Justin Lopez even employing a bit of that Hetfield-like snarl in lower doses on the latter. The razor-sharp twin rhythms often build into these crushing walls of axe displays with subtle interplay moments that keep the energy level at peak performance – “Celestion” a mid-album favorite in this regard, the lead breaks tradeoff mixes of shredding and bluesy, frantic magic. The outside the box song for this record is the Spanish-led “Sangre de las Montañas”. The chanting, handclaps, and acoustic strumming making this a catchy number outside the thrash norm, providing that aural cleansing effort before the epic “Demonolith” kicks in, another Sabbath-like outing with outstanding lead breaks, an evil doom foundation for the first half transforming into an Anthrax-oriented pounding effort with more headbanging rhythms and sinister bass play. Ending the record on a softer, 70’s blues-like metal ballad for “Door to the Moon” showcases Justin’s melodic improvement with his vocals – rearing back for some poignant moments in the chorus.

Versatility is the main strength of this record and Archangel A.D. in general – including lyrical topics from reality to Tolkien at their disposal. They can obliterate minds and bodies in the thrash platform they are familiar with, but those added Spanish/bluesy influences can be a game-changer for long-term appeal as the band hits the road. 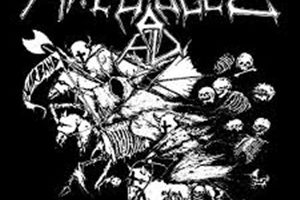