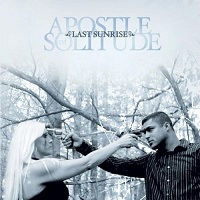 Fronted by former Gates of Slumber drummer Chuck Brown, Apostle of Solitude do their part in keeping the vaunted doom torch aflame. To their credit, the Indianapolis-based quartet stays out of all-too-lazy Sabbath worship territory, preferring to operate in the same sphere as the likes of classic Solitude Aeturnus and more recently, Sweden’s Isole.

long and labored (as expected), Last Sunrise is less workmanlike than it initially appears and this is due in large part to Brown’s excellent vocals. The man’s clean, slightly youthful diction and pitch are far and away the best thing AOS has going for itself. Trouble is, his appearances are sometimes sparse, for the elongated jam/spacey portions (save for the chilling “Letting Go of the Wheel”) don’t require vocals. Such a shame, for if AOS would turn into a more song-oriented unit (ala Candlemass, for safe reference), Brown would approach the style’s leading men.

There are some king-sized riffs being tossed about, especially at the front end of “Hunter Sick Rapture,” which boasts some gnarly retro harmonies. Album highlight “December Drives Me To Tears” is the clear-cut centrepiece ofLast Sunrise, a surging, yet way-doomy number that allows Brown to take control (more, please) and is crushingly heavy. The album ends on a climatic note with “Coldest Love,” (check out the solo at 3:45 – killer) a track that serves as a companion piece to “December Drives Me To Tears,” thus giving the album two total doom gems. Three covers are tacked on the end (“Streetside” by the Obsessed; “Astro Zombies” the Misfits; and “Mary and Child” by Born Against) but really, the listening experience should stop at “Coldest Love.”

and given the recent success of Gates of Slumber, there’s no reason Apostle of Solitude can’t at least scrape at their heels. In fact, to these ears, AOS is the better band of the two. Guess that goes to show all drummers aren’t boneheads… 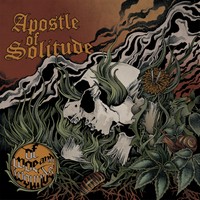 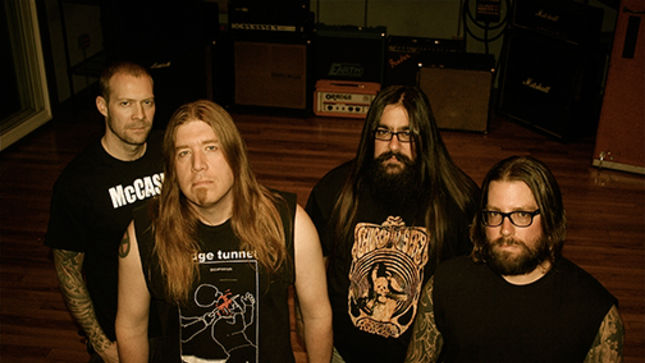