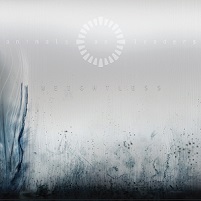 Our faith in guitar shredders has been restored of late, and it’s coming from not-so typical places, like DC’s all-instrumental Animals As Leaders. One quick glance at main dude Tosin Abasi and one would think the dude is more concerned with being a fashionista than holding up the bar set by Malmsteen, Satriani, and Vai, but Abasi’s shred has more in common with textures than blinding arpeggios, thus turning the band’s second album Weightless into something more than a pointless exercise for Abasi to demonstrate his dexterity.

Taking cues from the blossoming djent movement, Animals utilize Abasi’s unique grasp on harmonics and tone for the basis of the album’s 12 tracks. A lot of these songs have an effortless flow to them, oftentimes volleying between experimental rhythms that are blatantly infectious (see: “Do Not Go So Gently”), as well as creating a unique aural experience, like on the opening segments of “Odessa.”

Of course, Abasi can let it rip when he wants (check out “Isolated Incidents”), and the band’s slow-churned metal approach is easy to grasp onto, as cuts like “New Eden,” “To Lead You To An Overwhelming Question,” and the title track sound part-Meshuggah, part-Cynic. Better yet, the band wisely keeps the songs short and brief, rarely overstaying their welcome, and almost always hitting the mark.

Weightless is worth all the fuss on Animals As Leaders. The album bristles with technical chops, yet is sonorous and pleasing at the same time. And as one of the new entries in the progressive instrumental fray, Abasi and friends should have no problem striking a chord with the more technically-inclined and the plain ‘ole instrumental rock crowd. Those with a keen eye on fashion can come too.