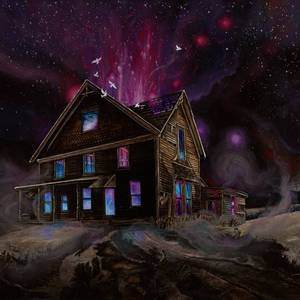 It’s been a while since Ancestors has been putting out new material. Six years to be precise, from 2012’s In Dreams and Time. The band’s unique blend of doom, psychedelia, prog, post-rock and more certainly hasn’t suffered from the time away. Instead, Suspended in Reflections matches it’s trippy artwork vibes and provides a solid, start-to-finish listen that takes you on an introspective adventure.

It’s not really all about the particular song or a particular moment with Suspended in Reflections. It’s about the atmosphere and the motion forward. It’s about letting go. Certainly, the opener “Gone” is bound to hook some in with its drifting, floaty melodies and the melancholic vocals but it’s most important aspect is to sink you in and prepare you for the trip to come. Tracks come and go, with somber reflection being the resonating emotion. The sorrow-fueled tracks aren’t entirely morose, but offer glimmers of light as nuggets to urge you onwards. It’s touching in tone, with a lot of vulnerability that is sometimes enhanced by strings, an organ, or synths. It’s an album to sit down with – there’s nothing really abrasive here to raise the blood pressure, instead the drive is there to absorb each moment. Sometimes an album like this can be a chore if you aren’t in the mood, but another strong factor here is the overall length. At only 36-minutes, it never feels like it’s too much or exhausting on an emotional level.

It’s almost tough to put into words what Ancestors have done with this album. The layering of emotion and contemplation is something that a rare few can achieve (though Anathema comes to mind), and it’s done in such a way that you aren’t drained by the time it ends. Instead, it feels like a complete journey from start to finish, and one that you will want to revisit and reflect upon.