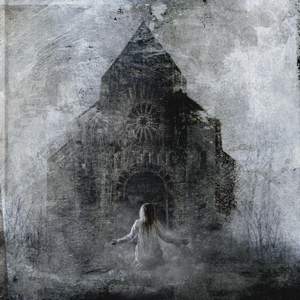 What does it truly mean to be ‘heavy?’ Doom metal bands have often given us the proof that heaviness doesn’t have to necessarily link towards anger and frustration. Altars of Grief return with their second album, and the first release since their excellent 2015 split with Nachtterror, to explore the possibility of grief and sorrow being truly the heaviest of all emotions.

Iris is a concept album rooted in some rather weighty material with nods to addiction, sickness, and religion alongside the desolate construct of the band’s own ‘prairie doom’ surroundings. Clearly not meant to be a happy and uplifting release (to sum it up briefly, a father abandons his sick daughter and dies, then is forced to watch her slowly succumb to her fate in purgatory), Altars of Grief instead trade off moments of searing rage with that of inconsolable gloom. The balance between driving blastbeats, blackened riffs, and raspy vocals with more introspective clean guitar/vocals, strings, and bleak atmosphere is a delicate one. A sorrowful heaviness is almost ever-present save for the most frantic moments, like in the title track, which becomes wickedly heavy at times, wrapping itself in darkness and able to take the listener aback with its malevolence. This allows things to really contrast, when more saddened moments like “Broken Hymn” enter the picture – complete with lumbering riffs and tortured screams to add to an emotion of regret and reflection.

Iris is an all-encompassing and intense listen with only a few moments that give any sort of glimmer of light. But that’s to its credit, not detriment, as the genuine feelings of grief and sadness enable the listener to have quite a bit of self-reflection with the music. It’s a powerful and moving experience that is enhanced by a fittingly bleak tale – one that should find plenty of appeal to folks who enjoy anything from My Dying Bride to Woods of Ypres.