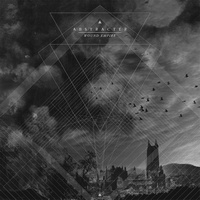 At this point, there’s usually a collective groan when the “post” metal quotations come out and it’s not without warrant. The sound has seemingly hit its stride over the past few years and now everyone seems to want a piece of the “post” pie. Before you plug your ears and try to ignore what else is to be said about Abstracter, know that the California-based band’s second offering, Wound Empire, doesn’t tend to follow the crowd as so many others do.

Wound Empire takes shades of sludge, doom, black, and post-metal and blends them up into a gloomy yet powerful approach. While the sludge/doom aspects can frequently bring tracks like “Open Veins” to a gloomy crawl, they aren’t afraid to show their fangs when necessary. Take the closer, “Glowing Wounds,” which begins with a dreary post-influenced atmosphere and chant-like clean vocals and slowly builds it up into a dissonant, raging beast by the tail end of the song. This also illustrates the effectiveness that Abstracter displays in their ability to craft long yet meaningful songs, free of pointless meandering. There are also some moments of hideous beauty, such as the suffocating yet inviting melodies of “Cruciform,” that will keep the listener in check as the song times hit the double digits. Yet it’s the combination of all of these feelings that really make Wound Empire stand out from the pack. The combination of dreary and dreamy, so to speak.

Abstracter have penned an atmospheric and alluring piece of sludge with Wound Empire. The four tracks that make up this 40-minute expedition all seem to complement each other in creating a mood of utter despair, yet like a car accident, you are unable to look away. Those looking for some bleak melodies and eerie mood are sure to catch their fill here. 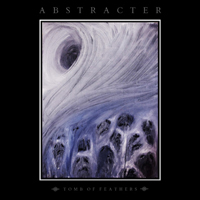