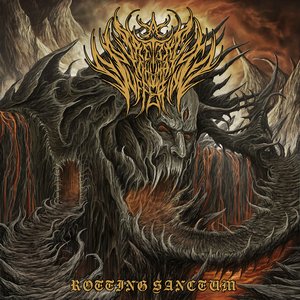 The quest to keep slamming brutal death metal from being a tedious affair is one that is ongoing. Some bands have had more success with it than others, and some recognize the genre’s faults from the onset. Such is the case with A Pretext to Human Suffering, who fall under the slamming death metal umbrella, but aren’t going to be just another one-trick pony.

What makes A Pretext to Human Suffering stick out a bit more than some of their peers is the light technical elements they place into the songs, as well as a more structured flow to their music. It’s not just ‘all about the slams,’ instead numerous ‘plain ole’ death metal elements fit the bill in their sound to compliment it. Meaning that there’s just as much love shown to a disgustingly frantic riff (of which there are many) as there is to a groovy slowdown. Lots of mid-tempo chugs as well, which should help them bring in a more deathcore-friendly crowd without alienating those seeking a throttling, brutal time. This is further fleshed out by aforementioned tech infusions, which give the riffs and melodies an occasionally more intricate tone, but nothing too offputting for those not wanting the guitar-explosions. Some of this is also showcased in the soloing, which contrasts the more bludgeoning approach of the band with some flashier guitarwork (see “No Light Lives”).

It all adds up to a short release that hits hard, but sticks in your head for longer than you might initially expect it to. A Pretext to Human Suffering aren’t going off the beaten path per say, but they do an excellent job at hitting the sweet spot where destructive riffing and effective songwriting meet on Rotting Sanctum.