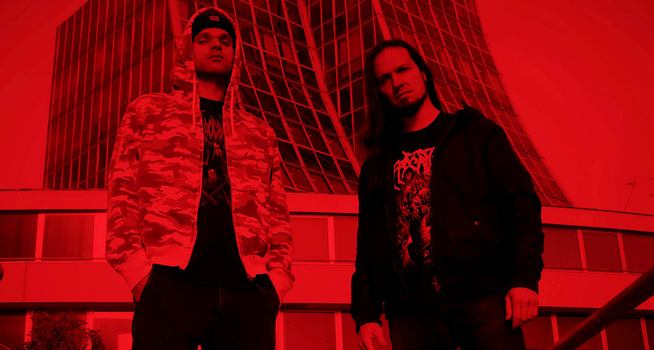 We at DR are stoked to premiere a new slab of death metal to help get you through the workweek. This one comes from the Italian act Hateful, who will release Set Forever On Me on September 25 through Transcending Obscurity Records. “The Irretrievable Dissolution Process on the Shores of Time” is the track in question, which you can stream below. We’ve also provided a Bandcamp widget if you are thirsty for some more tracks from the album and you can pre-order the album HERE or use the widget to snag a copy, or a merch bundle if you prefer.

The track itself takes a page from the book of technical death metal, albeit more from the ’90s point of view more than a modern one (a la Atheist or Death). So you end up with a track that has an older edge to the sound, but one still ripe with some standout bass work and lots of intricate riffing that actually plays a part in the song instead of mere showmanship and technique. It doesn’t mind lumbering around a bit with some of the tempos, which work in its favor to really showcase the melodic and technical chops of the act. Yet it still has that definitive death metal drive to it and hits hard from start to finish. It’s a track that extreme fans should enjoy, and there’s some serious flow to it that will bring you back not just for the instrumental precision but the effective mid-tempo groove and lurching riffs as well.

Says the label:
Italian death metal masters Hateful have created a mind-bending album of epic proportions. They’ve constructed dizzying structures by piling riffs and drum patterns atop one another with delirious fervour and surgical precision. It includes elements of the early technical death metal bands like Atheist, Gorguts, Disincarnate and Death, powerful brutal coagulants such as Suffocation and Deeds of Flesh, and even the kinetic, ever-changing properties of bands like Spawn of Possession and Necrophagist. There’s just so much to unravel as a listener and it’s a rare treat, for Hateful take their time fleshing out the parts and seeing to their fulfillment, rather than rushing blindly through it all without making any rhythmic sense or retaining a semblance of coherence. This is a thinking man’s death metal where the core sound isn’t mutated abnormally nor is the brutality mitigated and yet it incorporates intricate, highly challenging structures, Immolation-esque complexity and dissonance, and exhibits maddening dexterity and endless album replay value. Seven years in the making, Hateful’s hugely awaited album complements contemporary death metal label mates in Depravity, Atræ Bilis, Sepulchral Curse and Cutterred Flesh and even technical death metal champions Chaos Motion, Cerebrum, Coexistence and The Scalar Process. 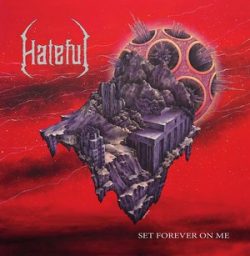 Track listing
1. On the Brink of the Ravine
2. Oxygen Catastrophe
3. Phosphenes
4. The Irretrievable Dissolution Process on the Shores of Time
5. Will-Crushing Wheel
6. Caldera
7. Time Flows Differently
8. Our Gold Shined in Vain
9. The Nihil Truth
10. River’s Breath
11. The Proof