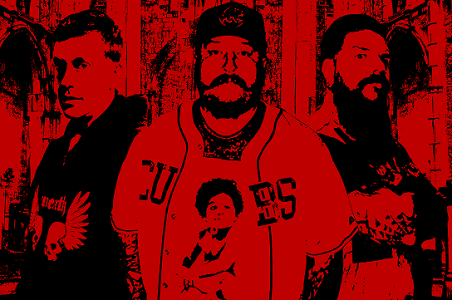 We are stoked to be giving away a copy of Skeleton Wolf’s new self-titled album to one (1) lucky winner.

Self described as an “extreme metal band that will have you headbanging until you tear your neck meat in two! Catchy guitar work, heavy vocals, and machine gun drums come together to forge a metal assault that is sure to have you raising your horns,” Skeleton Wolf formed in 2015, and will be releasing their self-titled album independently. Pretty vicious stuff, and worth supporting all the way.

To have a chance at winning the band’s album, enter before Friday, July 1.

Enter “Skeleton” in the answer field below.

Order the album at this location.