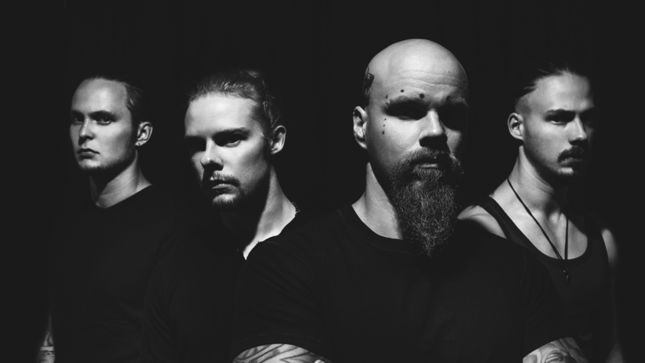 Spinefarm Records has signed Lahti, Finland based winter metal act, WOLFHEART to its worldwide roster. The band will re-release their 2013 debut, Winterborn, with two additional bonus tracks on February 3rd of next year through Spinefarm. The album was initially self-released, with physical versions only available in WOLFHEART’s native Finland. The additional tracks are titled “Isolation” and “Into The Wild.”

“After all the blood, sweat and tears poured into the self-released/self-financed debut Winterborn, it is truly amazing to have a worldwide release for the album and I could not think of a better label for the job than renowned Spinefarm,” WOLFHEART said. “It’s super exciting times, since, while counting days for the re-release of Winterborn, the second WOLFHEART album Shadow World is almost ready and 2015 will be a year of two albums out.”

WOLFHEART were born in 2013 from the ashes of Before The Dawn and Black Sun Aeon. Sole member, songwriter and producer Tuomas Saukkonen wanted to combine the musical elements from his previous bands and to embark on a fresh start after 14 years in music business and several albums.

After the astounding critical reception that Winterbornreceived, Saukkonen realized that it was the right time to turn the WOLFHEART solo project into a full-fledged band, and he did just that in early 2014.

Armed with band members in place, a new label deal and two albums on the horizon, Saukkonen and WOLFHEART are ready to storm the gates of 2015.