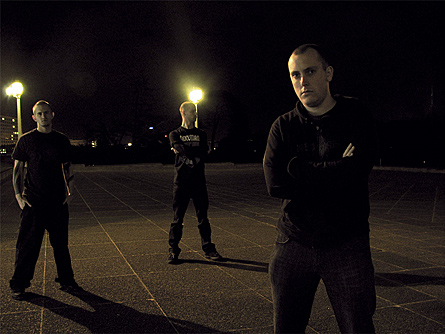 Auckland, New Zealand death metallers ULCERATE have posted an in-studio documentary for the making of their impending fourth LP Vermis. The footage can be viewed below.

Album-to-album, ULCERATE continually expands their attack by melding mechanical elements with organic flow patterns, and integrating more sonically demoralizing elements into their haunting explosiveness. The band’s forward-thinking death metal style is born where HATE ETERNAL, GORGUTS and IMMOLATION collides into the blackened anguish of DEATHSPELL OMEGA or PORTAL – traits which become more apparent than ever on their Relapse debut Vermis. The nine passages harnessed on their fourth full-length play out into a nearly hour-long document of their most tumultuous craftsmanship yet.

Vermis will see release on September 17th in North America, preceded by September 13th in Germany and Benelux, and September 16th in The UK and rest of the world.