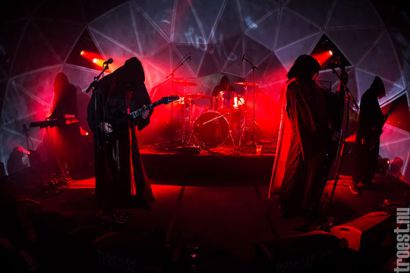 Finnish funeral doom metal band TYRANNY have signed with Dark Descent Records for the release of the band’s follow-up to 2005’s Tides Of Awakening. The as-of-yet-untitled album is scheduled for release later this year.

The band comments: “Stirrings in the xenobathyal abyss, a star has shifted in the black gulfs of space, tectonic grinding releases another upheaval to foreshadow the third emanation of TYRANNY – last performances before the release will be witnessed at Roadburn 2014”

TYRANNY will make an appearance at Roadburn Festival 2014, taking place this week (April 10th – 13th) in Tilburg, The Netherlands. The band is scheduled to perform on Friday, April 11th at Het Patronaat. For more details, visit this location.