THE KENNEDY VEIL: Guitar Play-Through Of “In The Ashes Of Humanity” 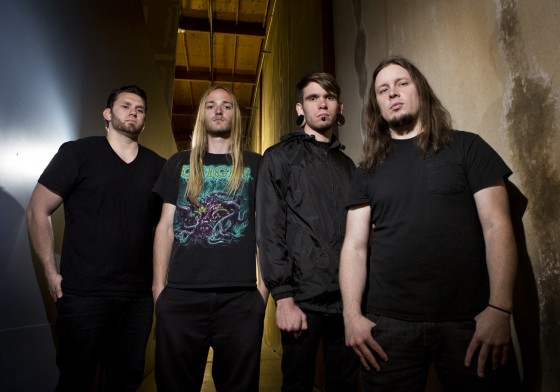 Sacramento, CA modern death metal juggernaut THE KENNEDY VEIL have released a new video clip of guitarist KC Childers performing a play through of “In The Ashes Of Humanity.” The track is taken from their crushing debut album, Trinity Of Falsehood, which saw a release on January 21st via Unique Leader Records. The clip can be viewed below.

Produced by Nick Botelho at NB Recording in Santa Rosa, California and featuring the debut of vocalist Taylor Wientjes, Trinity Of Falsehood is the band’s most technically precise, conceptually captivating and indisputably brutal material to date.