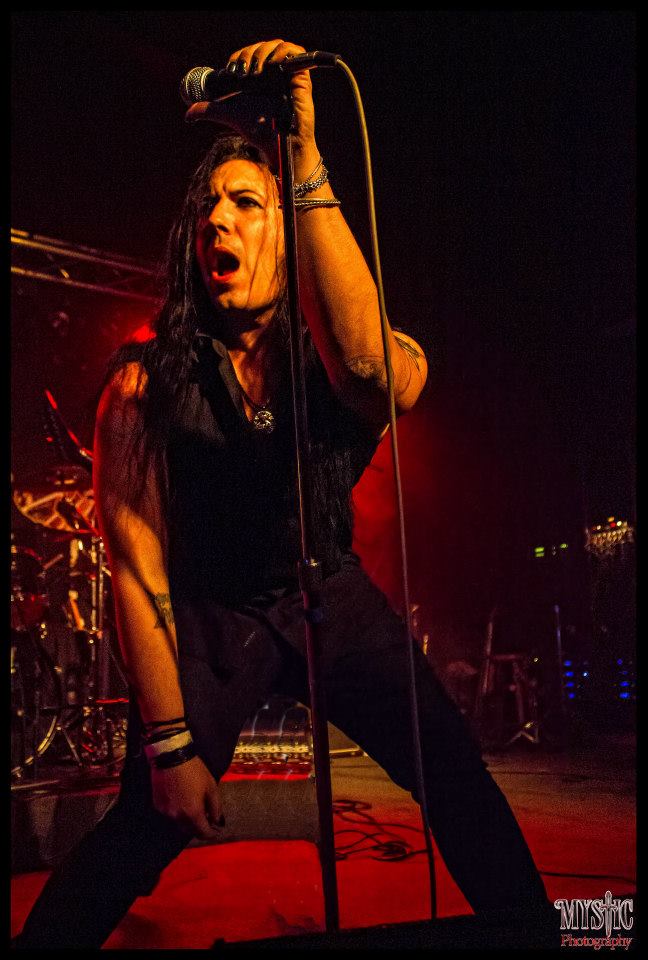 A band unfortunately not adverse to regular lineup turnover, California classic metallers White Wizzard saw the twin loss of singer Joseph Michael and guitarist Will Wallner the past week. Michael was reportedly canned prior to an October 5th date in Cardiff, U.K. after confronting bassist/mainman Jon Leon over issues with the band’s finances and Indiegogo campaign. White Wizzard were able to perform the Cardiff gig and subsequently found a temporary fill-in for the remaining dates of their U.K. tour, but eventually cancelled the rest of the dates.

Discrepancies in the public arena have become the norm since last week’s split, with Michael issuing a press release stating “Jon Leon is a conman and has not honored one word he has said since I have joined this band. I had read all the horror stories about Jon and his past issues with members. I gave the guy the benefit of the doubt, but after continually watching him skim profits from every tour, I decided to speak up.”

Michael is presently stranded in the United Kingdom along with Wallner, lead guitarist Jake Dreyer and filmmaker Don Adams.

Via email, Michael was queried if he ever tried to have a conversation with Leon regarding the band’s finances. “Yes, we tried,” he begins. “But he would say ‘The numbers are fine’ or when I asked him why he wasn’t keeping receipts he would say ‘Oh, it’s too little money to worry about.’ It’s just like the old members were saying. All the other band members put in money and he puts in $0, but keeps all profits. Every single tour. He even skimmed $2,000 from our recording budget for The Devil’s Cut.”

Michael says the band atmosphere during the recording of The Devil’s Cut was “bleak.” Continuing, “I never agreed to use only Jon’s songs and I re-wrote some stuff and wanted credit and he wouldn’t give any. He lied to us saying that the label only wanted his songs and when I spoke to them they said this was completely untrue. Also I had a contract giving me a percentage of the songwriting no matter who wrote what. Well, I recorded my vocals and the mix was sent in. Then Jon demands I sign a new deal for less money and credit or else he will have another singer come in and redo my parts. SCAM all the way.”

Coincidentally, White Wizzard has parted ways with Earache Records in what seems to be a mutual agreement, according to the band’s Facebook page.

According to Michael, a great deal of consternation within the White Wizzard ranks stems from an Indiegogo campaign where fans had the opportunity to bid on special items, merchandise, and a lifetime pass to the band’s shows. Michael claims orders have yet to be filled, and numbers fudged, adding: “The lifetime guest thing for this band? The band that doesn’t exist? Or the autographed stuff? And that’s if Jon is honest and replaces the money he took. I have posted that I will personally honor any IGG Lifetime guest list from the campaign with any band I am a part of. That’s all I can do. Jon has all IGG accounts and info.”

And his final thoughts on Jon Leon? “He is a con artist,” reiterates Michael.