PET SLIMMERS OF THE YEAR Sign With Candlelight Records 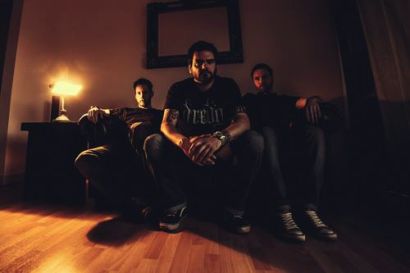 Candlelight Records have announced the signing of Cambridgeshire, UK-based act PET SLIMMERS OF THE YEAR. Watch the video for the track, “Days Since I Disappeared” below.

The band comments: “PET SLIMMERS OF THE YEAR are delighted to sign to Candlelight Records. It’s the perfect home for us and our debut album and we look forward to working together with our new friends. Special thanks to Darren Toms A&R for his enthusiasm and belief in what he heard.”

Candlelight Records adds: “PSOTY are a very gifted and talented young band, with a huge future ahead of them. We are over the moon to have them on the label!”

This three-piece transcend any one genre, instead focusing on melody and dynamics, combining multi-layered guitars, hypnotic bass-lines, crushing riffs and groove oriented drum patterns to create a live sound much greater than the sum of its components.

The band were formed in the end of 2008 in Peterborough after the dissolution of previous musical projects and quickly established their distinctive sound. Releasing their first self-titled EP in 2009 via Lost Children gained the band rave reviews around the online circuit and a healthy underground following. This would lead on to the demand for the second EP, And The Sky Fell, released in January 2011 once again through Lost Children. This recording was extremely well received and along with the inclusion of selected tracks on a handful of compilation albums and years of shows to an ever appreciating audience the band was beginning to gather momentum.

PET SLIMMERS OF THE YEAR have recorded their debut full length album, Fragments Of Uniforms, which will be released sometime in early 2014. A record that takes everything great about this band and then multiplies it exponentially.