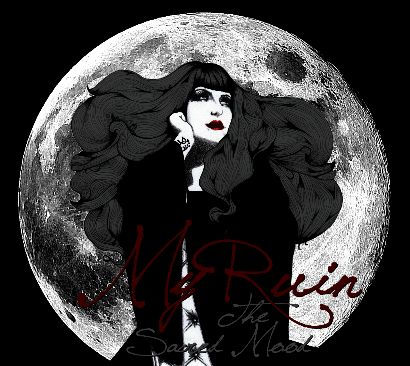 Tairrie B. Murphy, vocalist for Los Angeles-based MY RUIN, has checked in with the following update:

As a follow-up to our 2011 album, A Southern Revelation, we returned to Soundtrack Black Studio in the hills of East Tennessee to once again work with friend and studio owner Joel Stooksbury, who mixed, engineered and co-produced the new album along with MY RUIN guitarist Mick Murphy.

“The Sacred Mood is a subtle reinvention for MY RUIN.

“In an industry that is ever-changing, we’re not a band who pays attention to the current trends. We’ve found our sound and we simply do what we do while staying true to our roots. I think our fans appreciate our integrity and we appreciate our fans.

“We offered the last album as a free download where people could donate to the band if they wanted and it was a great success, but we are taking a different approach with our new album, which we are self-releasing once again. Unfortunately, we have learned over time that most record labels are not for us and we seem to do better on our own as a DIY independent band, which is what we always have been, today more than ever with our eighth album, ‘The Sacred Mood’, as a testament to our staying power.

“The atmosphere of the new album is heavily drenched in the heat of the South, where it was recorded and fueled by insomnia-filled nights in Los Angeles where it was written. The cover was designed with this in mind by a talented Manchester, U.K.-based artist and illustrator named Kayleigh Brookes, who also happens to be a longtime fan of the band. The art that goes with the album is very different than anything we’ve previously done before. We decided to use real elements of nature mixed with iconic illustrations to create something unique to MY RUIN that would go with the otherworldly language of the lyrics. We wanted an ethereal image for the cover and chose the moon for the background because we felt it evoked the mood of the album as a whole. The image was actually inspired by a photograph which was taken by Tor Burrows, who has worked with me creating music videos for MY RUIN’s last two albums and is currently working on a teaser commercial for the album which we plan on debuting in April. I really enjoy working with Tor on our videos and being that I have always worked alone when designing the artwork for many of our previous recordings, I thought it would be an interesting change to collaborate with someone on this side of things.

“We are releasing The Sacred Mood digitally and designing a unique hardcover print and e-book to accompany it. Included in the book will be photographic images and illustrations of the band, lyrics, musings, a few short stories and original art pieces. This is something I have wanted to do for a long time and our new album has given me the perfect opportunity to make it happen. We’re looking forward to sharing it with the fans of our band who have continued to follow us over the years and those who are just discovering our music for the first time.”