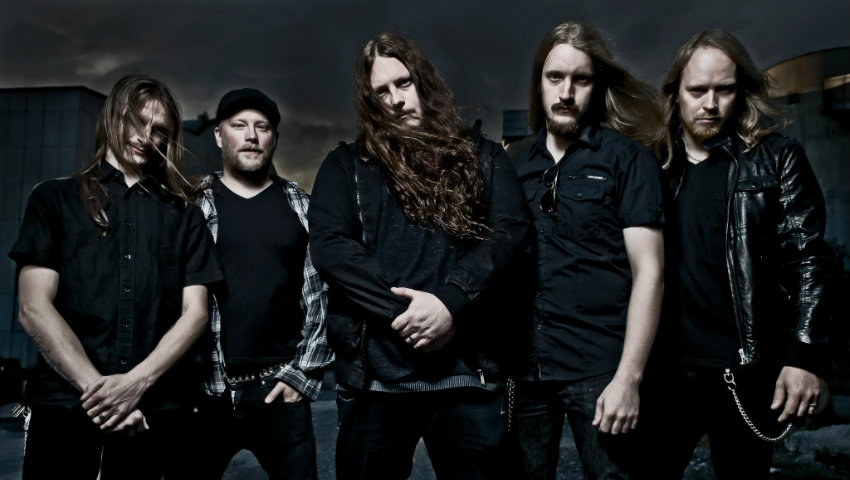 Swedish dark metallers KATATONIA began took their “Unplugged & Reworked” setup on the road for the first time earlier this month, presenting an intimate evening with the band each night performing tracks from last year’s Dethroned & Uncrowned (itself an acoustic reworking of their Dead End Kings album), alongside atmospheric classics from their entire career, stripped down and reworked.

The band’s sold-out May 16 show at the Union Chapel in London, England was filmed for a very special DVD release later in the year on Kscope.

Comments KATATONIA guitarist and founding member Anders Nyström: “This has been a different tour. I thought it was gonna be good, but it was better! Out with the distortion, the headbanging and the explosive lights… in with the acoustic guitars, chairs and the candles…. not permanently, just momentarily. It’s like having a guest chef cooking the menu this week. Gotta enjoy it while it lasts, right?

“For the first time ever, we’ve been able to play some old beautiful churches and enjoy their sacred aesthetics and acoustics much to our advantage. Appropriately, we also heard your prayers from near and afar, and it’s now a fact the tour include a DVD recording of the Union Chapel show in London.”

KATATONIA’S Dead End Kings was released in September of 2012 via Peaceville Records.