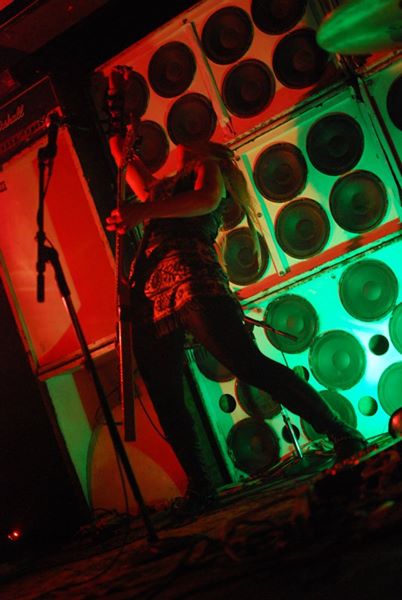 Nomadic sludge-metal duo JUCIFER have been destroying ears for 20 years now and recently released their eighth studio album, за волгой для нас земли нет on July 17.  Today, “Winter Is Coming” is available for streaming and may be heard below along with another song from the record titled, “Shame”.

The album is available in a limited-edition six-panel digipak, and digitally via Nomadic Fortress and Mutants of the Monster. A vinyl version of the record and North American retail CDs will be unleashed in October 2013.

The latest effort which translates to “Beyond the Volga there is no land” in Russian,  is a concept record dedicated to the inhabitants, history and geography of Volgograd (Stalingrad). JUCIFER  having toured Russia for the first time in 2011 to return again in 2012, experienced Russia first-hand and Volgograd left an enduring trace on vocalist Amber Valentine and sticksman Edgar Livengood.