INFERNAEON To Release The Cancer Within In August 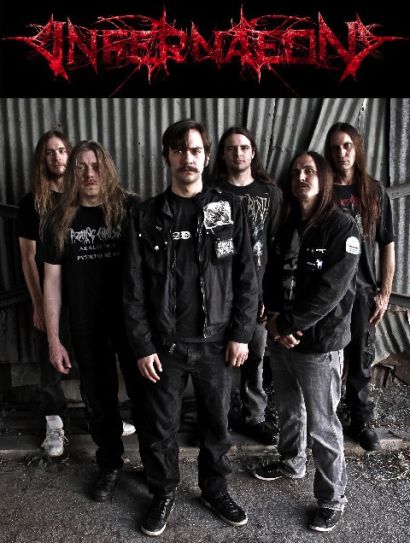 Florida technical death metallers INFERNAEON have announced details of their third album, The Cancer Within. Recorded at Smoke And Mirrors Recordings in Tampa, The Cancer Within was produced/recorded/mastered by the legendary James Murphy (TESTAMENT, DEATH, OBITUARY) of Safehouse Production, and mixed by Peter Tagtgren (HYPOCRISY, PAIN) at The Abyss in Sweden. The album will be released on August 27 via the band’s new label, Black & Blue Records.

Says Murphy: “This is one of the best death metal albums I’ve worked on in a long time.”

The band has released a track from the album, entitled “Deflowered,” which can be streamed via the Soundcloud widget below.