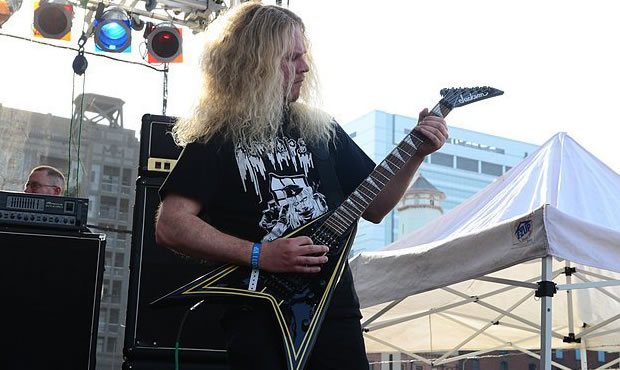 US death metal legends INCANTATION have announced the departure of guitarist Alex Bouks, who joined the band in 2007. A statement from the band below:

“With a heavy heart we announce the resignation of our long time metal brother Alex Bouks. Over the last few years there have been some rough waters that we have all been navigating. A hiatus is more desired, thinking this is the best thing to do to save the magic that we have all worked together on.

With respect we wish only the best to Alex and his work outside the band. He is truly an amazing musician and we are happy to have worked with him.”

INCANTATION’s latest album, Vanquish In Vengeance was released in 2012 via Listenable Records.