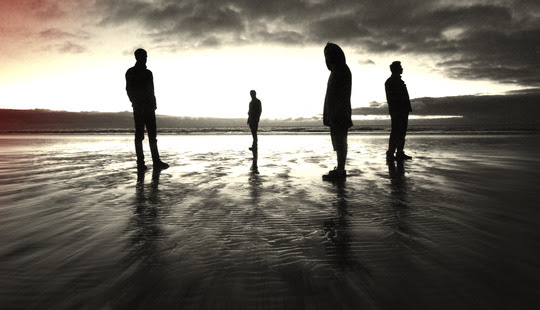 Since the beginning of their career in 2004, HYPNO5E always kept one eye on the future, refusing to cave in to convention and coming up with a wildly ambitious but massively coherent blend of techniques and ideas that are markedly forward-thinking. Their 2012 second full-length album Acid Mist Tomorrow was widely praised for its willingness to take chances and experiment with intriguing, dark ambiences worthy of some enigmatic and dark movie, an edgy, pummelling metallic aggression and some technical eccentricity.

The campaign will run until April 17, 2014. If you wish to support HYPNO5E accomplish their goal, please visit this location.

The band comments on this campaign: “For our third album we have thought of something special for our fans and want to go a step further and in order to do so we require your help! While we recorded and did everything ourselves on the previous releases we want to produce a top nudge release this year and get awesome professionals involved this time. You can be part of this amazing project! Here we will keep you updated and inform you about the whole process in creating the new album.

If you choose to support us, we want express our immense gratitude to you in return and thus have thought of some special thank you treats for you. Any support small or big is extremely welcome!”