Folk music masters, FEJD posted a teaser clip for the band’s upcoming third LP,  “Nagelfar.” This Swedish folk quintet is arguably one of the only authentic sounding Scandinavian Folk bands on the planet so be sure to check them out. The album is due out via Napalm Records on May 29 (Spain, Sweden, Norway), May 31 (Germany, Austria, Finland, Switzerland), June 3 in Rest of Europe and  June 11 in North America.

Check out the trailer here: 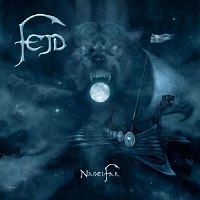