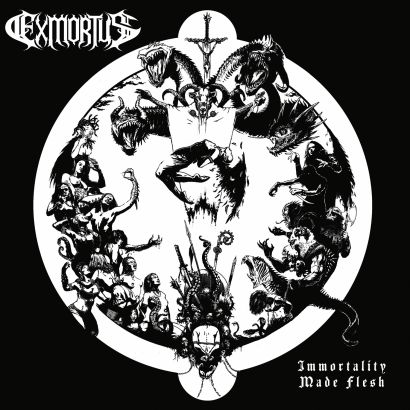 Southern California shredders EXMORTUS have released a new 7″ single, “Immortality Made Flesh.”The A-side title track is a new song from the group’s forthcoming Prosthetic debut, due out in February; the B-side is a blistering cover of JUDAS PRIEST’s “Freewheel Burning” exclusive to this release.

You can also download the title track via Bandcamp. The track, as well as some intimate, behind-the-scenes jam room footage of the group performing the track, can be found below: