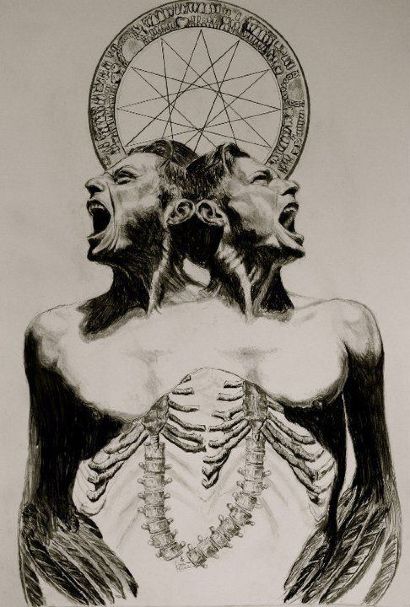 According to the band, “the album itself can easily be described as a new mountain-sized challenge in Ephel Duath’s career, that Davide Tiso (founder/guitarist) – along with the support of vocalist Karyn Crisis – is taking step by step in order to reach the zenith.

Ephel Duath’s new album will feature the best artwork this band have ever had. Ephel Duath’s visual artist Dehn Sora in collaboration with the obscure Aeron Alfrey put together something very, very special this time around. The cover art and the images included in the booklet complete the music in such a magic way and a very well defined vibe has been reached this time around: my vibe. Most album born with the intention of freeze a specific moment in time. Most musician are excited to share their albums to show to the world where they are at. Now. I’m excited to give you this new Ephel Duath album because it represents me. With this new album I’m giving you the key to the place in my head where I hide, not just a representation of “who I am today as a musician.”