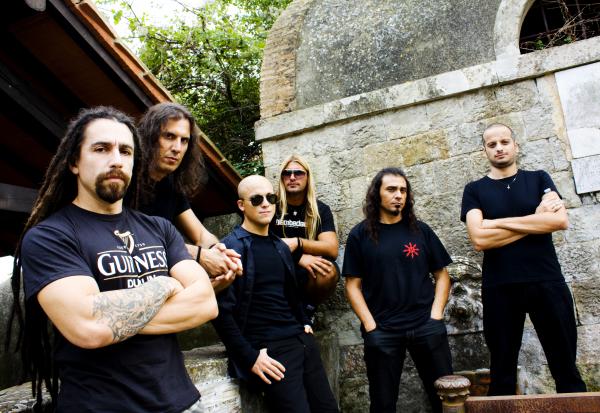 Italian melodic metallers ELDRITCH have released the video for “Alone Again,” which comes from their new album, Tasting The Tears, which was released on February 17 in Europe and February 18 in North America via Scarlet Records. The CD was produced by Eugene Simone at ES Studios in Livorno, Italy. Mixing and mastering duties were handled by Simone Mularoni (DGM) at Domination Studios in San Marino, Italy.

This time the whole band worked together as a team, arranging 11 brand new tracks melting each member’s influences into one direction. The result is 100 percent ELDRITCH: powerful guitars, melodic tunes and technical instrumental parts perfectly blended into a classic Progressive album with hard rock influences, thrashy and dark at intervals but, most importantly, remarkable in its own, unique way. The lyrics talk about love. Not standard love between two partners, but love in all its forms. Something the band have never done before. ‘