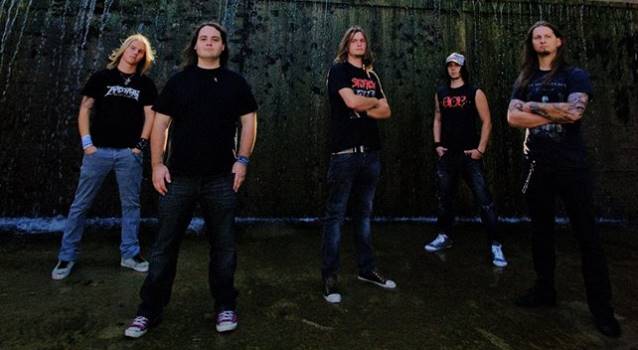 German metallers EDGEDOWN have inked a deal with Massacre Records which marks the first signing of the year for the label.

Massacre Records released the following statement: “Let us welcome the new year with the first official signing news of 2014! We’re happy to welcome EDGEDOWN from Germany to the Massacre Records family!”

Vocalist Andreas Meixner, guitarists Mathias Gaßner and Michael Zebhauser formed the band in March 2008 and played live originally as a cover band. The band’s line-up was finalized in 2010 and 2011 which saw the addition of drummer Peter Ramspott and bassist Stefan Rehrl. With heavy influences drawn from IRON MAIDEN and DIO, the band has played as support to EPICA and on Austria’s Metalfest Open Air.

EDGEDOWN previously recorded an untitled three-track demo in 2010 and will release their debut record titled, Statues Fall on April 25.