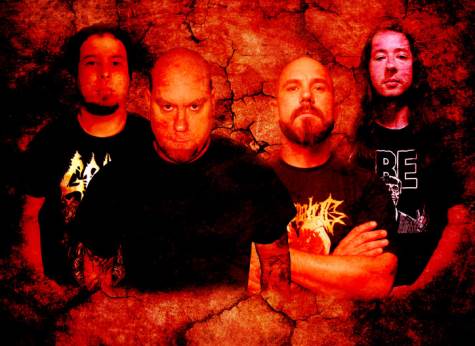 California extreme metal band DEEDS OF FLESH will release, “Portals To Canaan”, on June 25 via Unique Leader Records, which is run by vocalist/guitarist Erik Lindmark. The nine track CD features “amazing artwork and numerous conceptual pieces” by Raymond Swanland as well as a GOREGUTS cover. Stream the new song, “Amidst The Ruins” via Youtube below.

Erik Lindmark, sole founding member of the quartet had the following to say about the new release: “We are very excited to get this release out there among the masses. The album combines new and old elements of the band and we think the fans will really enjoy it. Zack from Castle Ultimate has done a great job in putting the final touches to the production and ‘Portals To Canaan’ is most definitely our best production to date. The new members, Craig Peters (lead guitar) and Ivan Munguia (bass), fit the band perfectly and really did a great job on the release. All in all, we are extremely pleased with the final product and believe the fans will be stoked.”

The predecessor album to ‘Portals To Canaan’, “Of What’s to Come”, came out in November 2008 via Unique Leader Records. 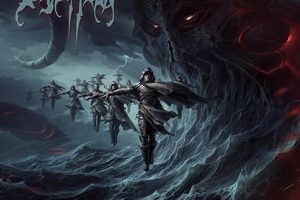