The fall tour schedule sees two legendary thrash bands making their way across North America: Kreator and Slayer. The two have already long established their legacy, but differ in the current standing among the metal contingent. One is operating at perhaps its highest level to date, with a devoted following in Europe and surprisingly sturdy fanbase on these shores (Kreator). The other recently lost a key member, replaced its drummer, has a singer/bassist who can’t headbang because of back issues, and a fanbase who thinks it might be a bad idea to record a new album (Slayer). Talk about two bands going in the opposite direction. Who will be the first to hang it up? Our bets are on Slayer… – David E. Gehlke

General housekeeping
We launched a giveaway for Skeletonwitch’s new Serpents Unleashed album. One winner will get the album, and a signed poster. Enter now!

The post-Max Cavalera Sepultura. How do you feel about them?

Features
Australian thrashers 4Arm are currently on tour with Slayer. Hear what new guitarist James Munro had to say to DR about the tour, and more.

Returning Swedish power metal crew Tad Morose return with Revanant, so we caught up with guitarist Christer Andersson to get the lo-down.

Reviews
Candlemass mainman Leif Edling’s new Avatarium project is a winner. Read to find out why.

French post-metal gang Lodz add a new dimension to the sound on Something in Us Died.

Unheralded, but utterly worthy New York death metallers Pyrexia did their thing on Feast of Inequity.

Ihsahn is in full experimental mode on Das Seelenbrechen.

The above-mentioned Tad Morose kick off a new era with Revenant.

British trio Anacondas are all over the place on Sub Contra Blues.

The news in ten
1. Alcest to release Shelter in January.
2. Katatonia releases the lyric video for “Wait Outside,” yet another marvelous b-side from the Swedes.
3. Broken Hope issues update on the fan that was injured during show.
4. Behemoth set to release “Blow Your Trumpets Gabriel” in January.
5. Sepultura posts video for “The Vatican.”
6. Crossover masters SSS release video for “Beige.”
7. Job For a Cowboy taps Danny Walker to drum on the band’s next studio album.
8. Skinless resigns with Relapse Records.
9. Motorhead to get their own trivia game.
10. Primal Fear to release Delivering the Black in early 2014. 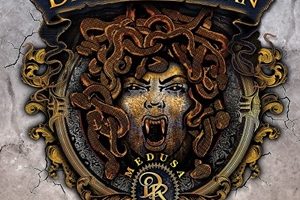