A short intro this week: ‘Tis Labor Day weekend, signaling the unofficial end of summer and beginning of fall. Summer is overrated (for who wants to get sunburned and/or tan), so fall is really the ticket in DR’s estimation. The crazy release schedule, lots of tours, football season (as frustrating as it can be for us Browns fans), and foliage all are in full-swing. Then winter comes and jacks everything up, but this is why we take time to enjoy such things. They don’t last forever…not even five consecutive seasons of ten losses or more. – David E. Gehlke

General housekeeping
We’re giving a copy of Watain’s new The Wild Hunt. Enter now or have pig’s blood thrown on you.

Luc Lemay of reformed Canadian technical death metal giants Gorguts spoke of his new lineup and album with a unique degree of reverence.

Reviews
Tyr once again put on a reliable, hummable display of epic progressive metal on their Metal Blade debut, Valkyrja.

Matt Coe is on the fence about Sawthis’s concoction of modern thrash, modern metal…modern everything on their new Youniverse album.

Japan’s Gyze give a glimpse into the future of melo-death on Fascinating Violence.

Devildriver give us more of the same old, same old on Winter Kills.

North Carolina’s Dark Design have a band member named Ray Lewis. Obviously, he rules way harder than the ex-Ravens linebacker ever could on Prey for the Future.

Edmonton avant-garde black metal outfit A.M.S.G. defy convention (and a lot of other things) on their Anti-Cosmic Tyranny debut.

The news in ten
1. Evile guitarist Ol Drake leaves the band.
2. Swiss folk metallers Eluveitie get to work on their new album.
3. Dark Angel address rumors of the band’s future.
4. Soilwork’s Bjorn “Speed” Strid launches Bear River.
5. Eyehategod drummer Joey Lacaze passed away due to respiratory failure.
6. Epica to release Retrospect in November.
7. Scorpion Child releases video for “Polygon of Eyes.”
8. Kill Devil Hill signs with Century Media.
9. Carcass streams new song, “Unfit for Human Consumption,” and it rules like no other.
10. Judas Priest complete the writing process for their new album. This better not be like Nostradamus. 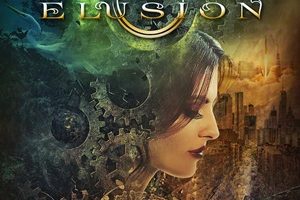